The interest in Sky Tours by the media and the public alike has been building since the zipline opened in May 2011. General Manager of Sky Tours Zipline Kevin Hougham:

"We thought the unusual mix of history, nature, and adventure would be a compelling attraction and it is. Add the enticement of Sky Tours' location, Dubuque on the beautiful Mississippi, and it's truly a winning combination."

Beginning in early 2011, the Sky Tours Zipline Experience has been covered — both locally and state-wide — on paper, on the web, and on television. For more information about Sky Tours Zipline, click on any of the titles below for articles, stories, features, and video.

:: Be True Magazine, a publication of the Waterloo-Cedar Falls Courier [Spring-Summer 2013]

With last year's feature articles in a number of state-wide publications, many outdoor enthusiasts were introduced to Iowa's premier zipline adventure. This year, we're building on that interest. The ad below appeared in The Iowan (March/April 2013 issue) with our new slogan:

We look forward to welcoming back returning friends, who want to experience Sky Tours again, as well as introducing new friends to the zipline adventure experience! 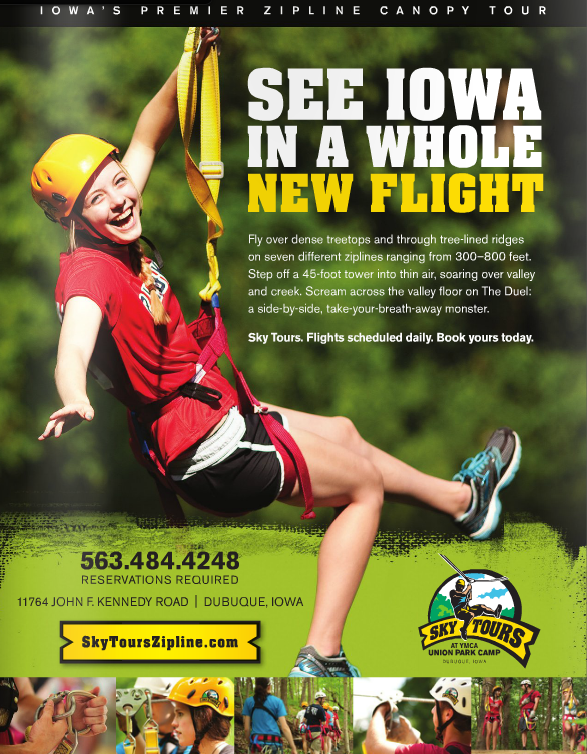